Providence - The Department of Environmental Management (DEM) reports that Emerald Ash Borer (EAB), a destructive forest insect from Asia, continues to spread throughout Rhode Island. EAB was first detected in the state in 2018, with small numbers of the pests found in Burrillville, Cumberland, Hopkinton, Lincoln, Providence and Westerly. Since then, EAB has been found in greater numbers and in nine additional communities: Charlestown, Foster, Glocester, North Smithfield, Scituate, Smithfield, South Kingstown, West Greenwich and Woonsocket. Ash mortality is also being reported in some of the affected communities. 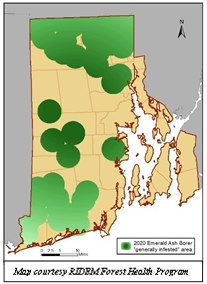 EAB overwinter as larvae under the bark of ash trees where they feed on the inner bark tissue. Once infested, ash trees rapidly decline and can be killed in as few as three to five years. This pest is responsible for widespread decline and mortality of hundreds of millions of ash trees in North America.

EAB threatens all ash species in Rhode Island, including white ash, green ash and black ash. Ash trees comprise approximately one to two percent of Rhode Island forests, and are a common urban tree because of their hardiness, tolerance to pollutants, and for the shade they provide. At present there are no proven methods to control EAB in forested areas, though individual landscape trees can be treated.

Research into control efforts continue, including parasitoid insects, such as the parasitic wasps being released by the University of Rhode Island (URI). If a population of these wasps establishes successfully, they could help slow the spread of EAB, buying time for the research efforts into genetic research into the small number of ash trees that have survived EAB infestation. Ongoing genetic research on these “lingering ash” may be key to the survival of the species.

While adult EAB can fly short distances, humans have hastened their spread by moving infested material, particularly firewood. The most effective way to slow the spread of EAB is to follow the recommendations of the “Don’t Move Firewood” program. Residents and visitors are reminded to protect Rhode Island’s forests by buying and burning local firewood. 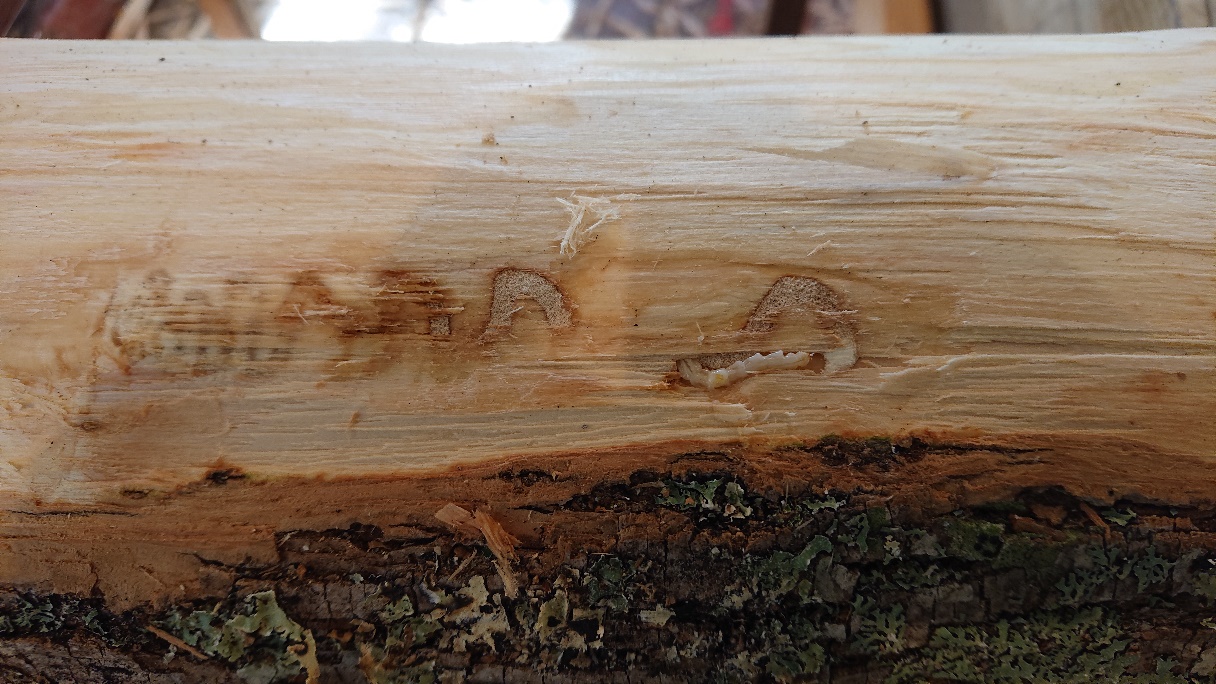 To address the destructive effects of EAB to Rhode Island’s ash resources, DEM finalized an action plan in 2019 in partnership with URI, National Grid, USDA Animal and Plant Health Inspection Service, and the USDA Forest Service State & Private Forestry. DEM’s Divisions of Agriculture and Forest Environment, in cooperation with project partners, are using the EAB Technical Response Plan to guide Rhode Island communities, homeowners, woodland property owners, and other stakeholders that may be affected by EAB. The guidance document is also used to assist RI landowners and municipalities in raising awareness of EAB and other invasive pests, how to identify and inventory ash trees, and how to minimize risks. DEM and URI continue to survey for EAB to determine the extent of the EAB infestation. Results of the surveys will inform subsequent management decisions.

To report a suspected exotic or invasive insect or plant, please fill out the DEM Invasive Species Reporting Form, which is posted on DEM’s website.