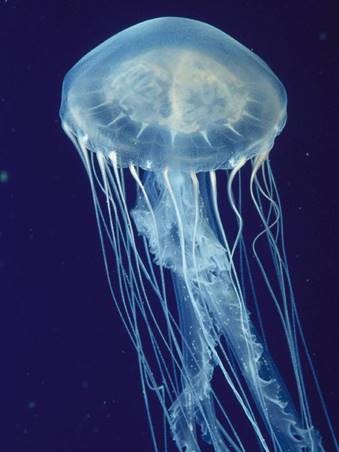 Sea nettles are often present during high summer in Rhode Island. They are most common in the salt ponds in South County. People planning to recreate in ponds in this area should bring a first aid kit and add a bottle of vinegar and sting spray.

Images of Atlantic Sea Nettle Jellyfish are attached. Their stings typically cause moderate discomfort and itchy welts. If stung:

“There has been a high abundance of Atlantic sea nettle jellyfish in Ninigret and Green Hill Ponds lately,” said Katie Rodrigue, Principal Marine Biologist in DEM’s Division of Marine Fisheries. “Their population in the ponds has been exploding over the last month or so, probably as water temperatures have increased, and last week we observed thousands of them in the western section of Ninigret Pond along the East Beach side. DEM joins RIDOH in urging the public to be vigilant while recreating in coastal ponds this summer and to carry a first-aid kit including vinegar in case of a jellyfish encounter.”

While the reason for the increase in Atlantic Sea Nettle Jellyfish this summer is not yet fully understood, their numbers are expected to decline over the course over the summer. Other species of jellyfish are less of a concern, like moon jellyfish (flat disc-shape with very short tentacles), and comb jellyfish, which have no stingers at all. 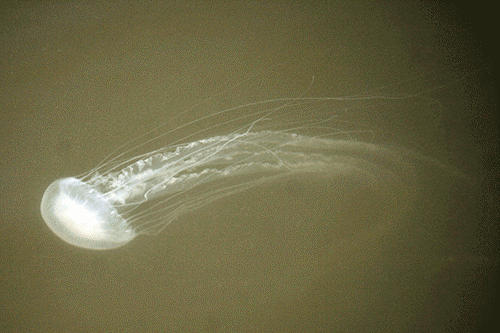