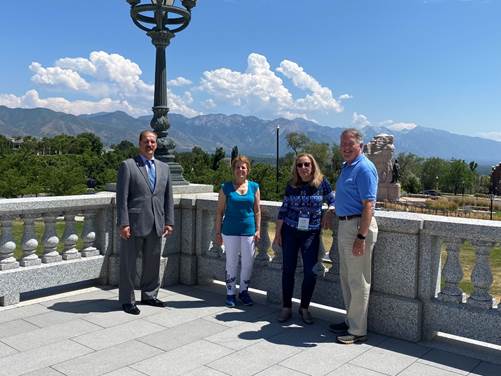 “Redistricting is a complicated process that is meant to ensure that all voters have equal power, no matter how population may shift. There are many, many moving parts and it requires balancing considerations that sometimes conflict. As we get ready to dive into our own redistricting process in the coming year, it was very enlightening to be able to learn from those with significant experience, so we can do our best to carry out this process fairly, effectively and in a manner that stands up to the scrutiny that redistricting warrants,” said Representative Edwards, who serves as the House Floor Manager.

Held July 14 through 16 in Salt Lake City, the seminar was designed to help legislators prepare for the once-a-decade redistricting required after completion of the census. The conference included national redistricting experts and legislators from across the nation discussing many practical matters for legislators tasked with leading their state’s redistricting efforts, such as balancing conflicting principles, the Voting Rights Act and racial gerrymandering, and record-keeping and adequately preparing for court challenges to redistricting.