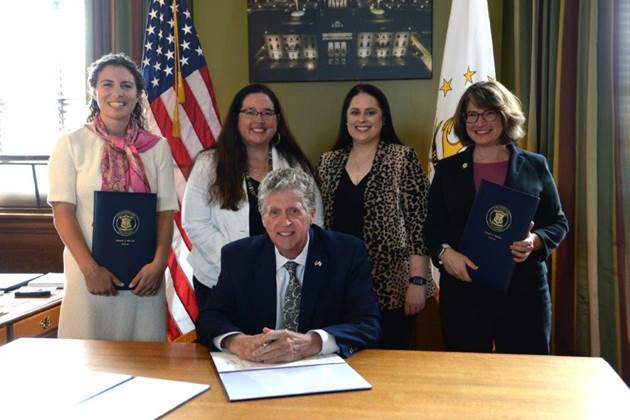 The legislation (2021-S 0250A, 2021-H 6189B), which has been signed by Gov. Daniel McKee, allows adoptees to access their original birth certificate when they reach 18, instead of requiring them to wait until age 25, as state law previously required.

“Transparency and honesty are some of the most important foundations of adoption,” said Senator Goldin (D-Dist. 3, Providence), who is an adoptive parent. “One of the first things that happens in Rhode Island with a child who is adopted is that they are separated from their original birth certificate, which stigmatizes adoption with very unwarranted shame and secrecy. Adoptees deserve the same access to their original birth certificate as everyone else, particularly since it answers critical questions about their identity.”

Said House Majority Whip Kazarian (D-Dist. 63, East Providence), “People who were adopted should not face any greater restrictions than people who weren’t when it comes to accessing their own vital records. Besides allowing them to know their biological parents’ names, birth certificates can help them answer questions about their medical history. Adoptees need and deserve this information.”

The legislation, which passed the General Assembly July 1, took effect immediately when the governor signed it on July 8. A ceremonial signing took place in the governor’s office yesterday.