Woonsocket, R.I.: Mayor Lisa Baldelli-Hunt announced today that the historic Longley Building, located at 194 Main Street, will undergo important ADA compliancy improvements. The project is one of many ongoing public and private efforts aimed at revitalizing Downtown Woonsocket. The project will be funded through a $175,000 grant awarded to the City by the Rhode Island Commerce Corporation’s Site Readiness Grant. Renovations include the installation of an elevator and potential improvements to the building’s four street-level retail units to bring them into compliance with ADA requirements. The scope of the project was informed by a development plan from Roger Williams University’s Community Partnerships Center, titled "Longley Building Reuse and Rehabilitation Feasibility Report". The goal of the public investment into the building is to enable a private developer to work toward restoring the structure and redevelop the building.

Mayor Baldelli-Hunt stated, "By securing these funds, we are helping ensure that Woonsocket’s Main Street will continue to evolve into the vibrant and prosperous heart of the City that has been a goal of this administration." The Mayor continued, "Not only will these new additions help to restore a pivotal historic structure of Woonsocket, but they will open doors for developers to continue to invest in Woonsocket and enable new businesses to open and serve the residents of our City."

The Longley Building joins a string of major projects aimed at rejuvenating the City’s historic commercial district. A local developer recently redeveloped the once condemned 122 North Main Street into seventeen residential units and two commercial spaces, including a brewery. The same developer is undertaking a similar mixed-use project at 43 Railroad Street, formerly a vacant structure. Other recent public investments include preliminary design work related to transforming Truman Drive into a scenic linear park, as well as the State of Rhode Island’s investment in the Commercial Block building at 95-117 Main Street, which will convert the third-floor space into a higher-education center to streamline candidates for jobs at some of the State’s largest employers.

Property owner John Eno explained, "We are beginning to put the pieces together to return this landmark building to active use. I recently invested in repointing the south façade of the structure and will soon replace the roof. Coupled with the installation of an ADA compliant elevator and ADA improvements at the ground level, the outlook for the redevelopment of this building is greatly improved."

Director of Planning Bianca Policastro added, "The Planning Department is always looking for opportunities to strengthen the City’s core commercial districts while preserving the historic elements of Woonsocket. These grants provide us with the ability to achieve those goals and leverage additional private investments in our City."

The Mayor is appreciative of RI Commerce Corporation for their continued partnership with the City of Woonsocket. 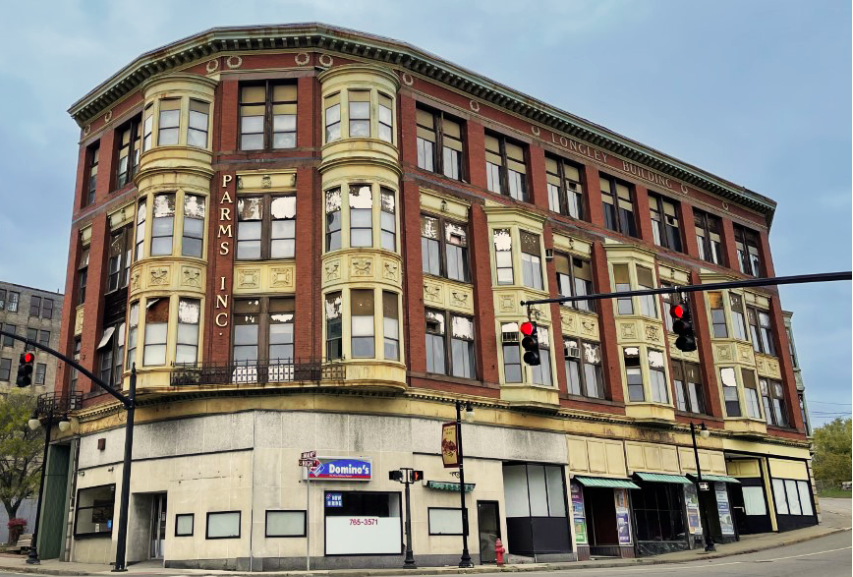